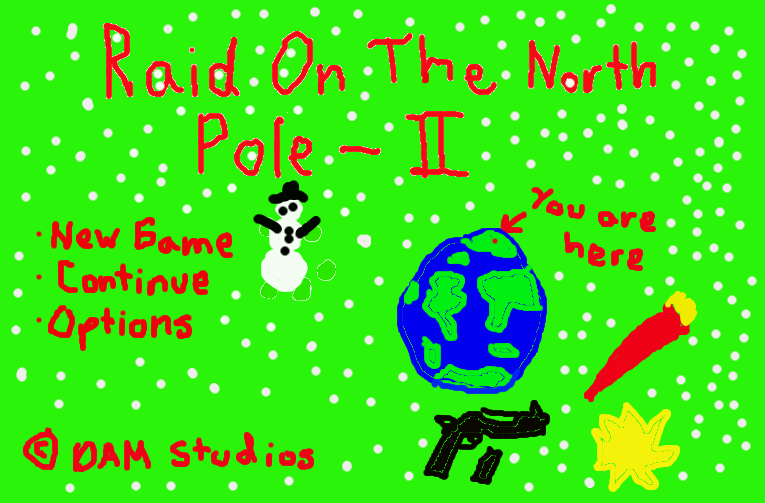 Raid on the North Pole

The Raid 0n the North Pole game series was originally conceived by Mark Zawadiwsky at a summer camp in Vovcha Tropa many, many years ago.

Raid on the North Pole This is the original Raid on the North Pole, completed in Wildwood Ukie Week 2007. It was built using YoYoGames GameMaker. It was presumed lost for years, including throughout the creation of both RONP II and III, until Diko Stasiuk found an old CD of the software among his old things. Due to a bug, it no longer worked on modern computers and required 32-bit Windows XP to run, an increasingly rare OS to have. In 2019, Danylo found this sketchy software which repaired legacy GameMaker games, preserving the magic of this original game for the future.

Note: The last two levels are impossible to beat. Santa’s health just goes negative and you can’t advance. You can press ‘n’ to skip any level. The second edition, completed in Wildwood Ukie Week 2010 (bugfix1, which made it work on computers with multiple cores, in April 2011) is known for its stunning graphics, smooth gameplay, and coherent plotline. It was written completely from scratch in Java, with graphics created in MSPaint. Yes, really. In the third and final (for now) installation of the RONP series, written in Wildwood Ukie Week 2011, Victor Yanukovych tries to take over the world using a time machine and you need to stop him. Yes, we basically predicted Euromaidan.